For this month’s Voices of Inspiration post, I am honored to introduce you all to a woman I only recently met through the wonders of social media, but whose journey […]

For this month’s Voices of Inspiration post, I am honored to introduce you all to a woman I only recently met through the wonders of social media, but whose journey I have become enthralled with.  Jess Kapp will be publishing her own memoir in 2016, called The Making of a Mountain Woman, which chronicles the journey outside her comfort zone as the lone woman in a tribe of men conducting scientific fieldwork in Tibet. It’s a fascinating story that aims to inspire girls not to let fear or self-doubt keep them from following their passion. 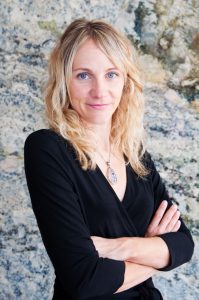 Rebecca: What was most instrumental in your personal journey that led you to a career in the male-dominated field of geology?

Jess: The calling came while I was sitting in an introductory geology class that I was taking as a requirement of my liberal arts education at Syracuse University. I began college as an English major, wanted to be a writer/reporter, and wanted nothing to do with science and math. I thought they were too hard for me, and that I couldn’t possibly be a scientist. But sitting in the back of that lecture hall, looking at images of such majestic places as the Grand Canyon and the Himalayas, I had an abrupt and profound desire to understand the Earth and be a scientist. That semester I asked the chair of the geology department, a woman, if she thought I could be a geology major. I had none of the basic science or math requirements completed and was afraid to take physics and chemistry and calculus. But she told me I could do it if I really wanted to, which gave me the courage to go for it.

What has been your biggest challenge as a woman in the field?

Being looked at as just as capable of doing fieldwork as the men. Field geologists look at fieldwork as sacred, and revere it as an art form that is slowly but surely fading away. My first opportunity to go to Tibet was met with doubt and words of warning by some of my male superiors and colleagues. It was as if being a woman meant I was somehow less equipped to survive in a tent on the plateau. As if I could not uphold this sacred and serious tradition of doing hard core fieldwork. I was told not to slow the men down, that they would send me home alone if I did. How about “don’t let the men slow me down!” But it scared me, got into my head, and initiated the most significant period of self-doubt in my life.

And your greatest triumph?

By far, that was my first field season in Tibet, spending 100+ days living at high altitude, in a tent, in harsh conditions, as the only woman in a group of American, Tibetan, and Chinese men, and rocking that field season without “slowing the men down.” Not only did I not slow them down, I did some great work, learned a ton of geology, and blossomed into a confident field geologist. It was life-changing.

Can you tell us a bit about your memoir, “The Making of a Mountain Woman,”  and what inspired you to write it?

The triumph of my Tibet fieldwork and how it changed me is what inspired me to write the memoir. It is all about my transformation from sheltered suburban girl who was afraid and lacked confidence, to strong mountain woman who felt as though she could take on anything! The time spent in Tibet was liberating and utterly changed who I am as a woman, a person, and a scientist. The memoir is about adventure and science and geology, but at its heart is a story of an epic journey beyond my comfort zone, and overcoming the self-doubt and fear that accompanied that journey. It will be, I hope, inspirational to other young women considering entering a male dominated field, who might also doubt that they can make their way and make their mark. The story is raw and uncensored as well, which makes it a funny and entertaining read! There were many precarious situations on the plateau.

Jess, after a week-long expedition (on foot) into the heart of the Nyainqentanglha range.

In addition to your upcoming book, you keep a blog with honest and vulnerable musings on motherhood, career, travel, and writing. How do you manage to balance the many facets of your passions and responsibilities?

It is difficult. Some days I find myself on the verge of tears, just wanting to watch some bad TV and drink a bottle of wine! But ultimately I find ways to use every minute I can and be efficient with my geology work, and fit in writing and guitar and running when I can. For example, I often run on a treadmill at home, when the kids get home from school and are having a half hour of snack and TV time. They leave me alone and I can get a good sweat going! Writing often has to happen after the kids have gone to bed, which means I am usually up later than I would like to be. Guitar gets 20 minutes here and there. I just try to balance as well as I can, and sometimes I have to tell the people in my life that I need time on my own to finish a piece or play some guitar. Some days I just throw up my hands and drink that wine and watch that bad TV because we all need down time to be productive in our “on” time.” But writing, which was not a part of my life for over twenty years, is such an important part of who I am. When I don’t do it for a stretch of days I miss it terribly…I respect that I need it and make sure I find time for it, even if that means giving up something else.

Who was someone in your life that inspired you to take risks and step outside of your comfort zone?

Watching my dad perform always inspired me to put myself out there. He was an inspiration to me in so many ways, always telling me I could be anything and do anything. But it was really my husband (before we were married) who pushed me to take real risks, as he was a seasoned Tibet fieldwork champion, and I knew I had a lot to live up to in the field with him. He is a field machine, afraid of nothing, a hard worker and dedicated scientist, and I wanted to impress him, plain and simple. It really made me push down some of my fears and go for it in a way I might not have, had I not had such a stellar scientist in the field with me. If I had gone alone I might have given in to fear and doubt, maybe even fled for home at the first sign of trouble. But I wanted to show him, and all the other mountain men around me (advisors, colleagues), that I could hang with the guys. That I was just as strong, tough, and smart as them. Sometimes competition isn’t a bad thing. It paid off–and I joined the ranks of bona fide mountain woman!

If you could share one message with the young women of the world, what would it be?

No matter what others might say, no matter what anyone else thinks you should do, it is your life and your choice. Do what you are passionate about. Take a chance! Push yourself beyond your comfort zone because that is where you learn about yourself, grow as a person, and live the experiences that make life amazing!

How has traveling independently made you who you are today?

My travels to Tibet were with a couple of other graduate students (men) so I wasn’t alone, but I was the only woman in the group! That is a different kind of experience, in which I had to work hard to assert my independence and my voice without being aggressive or bitchy. I learned how to be diplomatic while at the same time being sure to express myself as a leader. I had some experiences in Tibet where I had to travel alone to take care of situations that arose, and it was scary at first. To leave my American colleagues and take off for days, with my Tibetan drivers who liked to pick up hitchhikers, was so outside of my comfort zone. It is amazing I was able to muster the courage to do it. But I wouldn’t change those experiences for anything. They gave me so much confidence–more than almost any other experiences in my life. Those stories are all in the book!

You can follow Jess’s progress on her upcoming book and read more of her writing at www.jesskapp.com