Perhaps the recent holiday gatherings have left some of you wishing you had more quality time to spend with your families back home. But others of you, I suspect, have […]

Perhaps the recent holiday gatherings have left some of you wishing you had more quality time to spend with your families back home. But others of you, I suspect, have left home (or not gone home at all) wanting to “leave it all behind.” If you’re in the latter group, let me introduce you to two people that can inspire you to just go for it! I was virtually introduced to Marvin and Jo Abisia through a mutual friend, who had met the couple while traveling in Thailand.  My friend recognized kindred spirits in each of us, and her intuition was proven true when I had the pleasure of “meeting” Marvin and Jo recently via Skype. The joy and warmth of these two souls was immediately apparent in their radiant smiles and enthusiastic questions about my own travel journeys.

The two have been traveling the world full-time for the last three years, after having come to the realization that they’d been living someone else’s dream. They are a real-life example of how following your own dream and having the courage to commit to that dream with a giant leap of faith can–and does– lead to greater happiness. Their detailed story can be found on their blog, Intrepid Motion. Reflections on their continuing journey are revealed in the interview below. 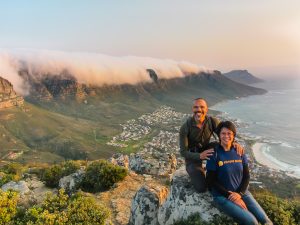 Interview with Travel Hackers and Voices of Inspiration: Marvin and Jo Abisia

Rebecca: You mentioned on your blog that after three years of travel, you have “come to fall in love with life again.” What was it that made you fall out of love with life, and was there a defining moment when you knew what you had to do to turn it around?

Marvin and Jo: We had always been madly in love with each other. Early on in our relationship, we helped each other overcome major obstacles in areas such as finance, career, and health. We didn’t know it at the time, but we were kind of “on track” with living the template of a marriage, a house, and 2.5 kids.

Being married has been the greatest adventure for us, and while every committed relationship faces challenges, we’ve never really had second thoughts about our decision to get married. It all came to a head when in 2008/2009 we came to a realization. Years earlier we had resisted the pressure to have children from family and friends. Yet we had toiled over eight years dutifully paying thousands of dollars in interest on a home we didn’t really need nor love. And we stayed in jobs that didn’t excite us, because we needed the money to pay down all the obligations we had created for ourselves. So when I was laid off from my job after 11 years of work with the same company, we had a heart to heart conversation and figured out it was time for a divorce. Not the divorce that 50% of American marriages go through….no this was a divorce from the only way of life we were ever told there was. When we decided to walk away from it all with only what we could carry on both our two shoulders, it was like breaking up with someone and falling in love with your newfound freedom. It was then that we realized that not only were we happy being free…but we were happy being free as a team.

You write about the power of gratitude in your blog. What role has spirituality played in manifesting and maintaining your dreams and lifestyle?

My mother raised me to go to church every Sunday to pray. I was raised a Roman Catholic. As I grew older, I started to realize that most of us pray for things or outcomes. We pray for a better job, a raise, or even just not to get laid off. If a child misbehaves, parents pray that the child will straighten out. When someone is ill, we pray for their health and well-being.

I’m all for praying to get ahead or get healthy, but I’ve come to realize that one of the biggest things we are missing is just saying thanks to God (or whatever higher power you believe in) for all that fills our lives, including adversity. When we began to take stock of the many blessings in life to be grateful for, we realized that the best life ever was staring us right in the face…we had just been blind to it all these years. A few courageous decisions enabled us to live more minimally, thereby stretching our resources farther so that we could travel and explore this amazing world we live in.

Everyone is different when it comes to their personal culture, but I believe the best way to make oneself curious even when you’re “settled in” somewhere is to find something universal to the world that is uniquely manifested in different countries. For example, some people are into active pursuits, while others are into food. You are really into music and dance. One of the goals you could set would be to learn or at least try to expose yourself to three new dances per year from different countries. That would be the catalyst to your adding some new countries or regions to your list. 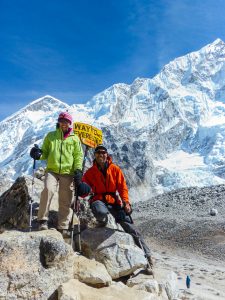 Have there been times during your three years of travel when you’ve felt tired of continuously moving on? Do you think you’ll ever grow tired of the nomadic lifestyle?

Boy do we get tired! The first ten months we started traveling back in 2011, we spent no more than one week in any given location, and sometimes as little as two days before moving on. We didn’t know our limits yet, and the newfound freedom had us running around like there was no tomorrow! The interesting thing is that when we finally ran out of steam and needed a break in 2012, we ended up settling into Bangkok for three months. Up until then we had only heard negative things about this vibrant city, and mostly from people who had spent but two days max here! We fell in love with the city and also the country of Thailand as a whole, and ever since we’ve always paid it a long-term visit each year. We’re actually here right now as I’m writing this.  I don’t think we’ll ever truly grow tired of living nomadically. There’s just so much to see and learn in this world, and even a lifetime would not be enough to take it all in. As we’ve grown over the years, though, we’ve begun to realize that we do enjoy traveling as slowly as possible.

What was one of the most challenging experiences during your travels, and how did you overcome it?

That would have to be the trek up to the Everest basecamp. In a span of two weeks, we trekked 76 miles up to an altitude of nearly 18,000 feet. Right out the gate I suffered altitude sickness, and had to stay in bed for a whole day to recover. We opted to do this trek without a sherpa guide or a porter, so we carried our own bags and provisions. The entire way up things got harder and harder, so one tactic we used was to leave small parcels of our things at each village so by the time we reached the basecamp we weren’t carrying much other than water. At basecamp, Josephine got some altitude sickness as well, and we had to come back down in a hurry before things got worse, which they did. We both got colds as our immune systems were weakened and the air was so dry up there. Even though coming back down is supposed to be easier, it wasn’t that much easier since we had less energy. But wait, there’s more!  When we finally made it back down and flew back to the the capital, Kathmandu, we found that our ATM cards had expired! So we had nothing but the cash remaining in our wallet, which was not very much since we just spent it all during the two-week trek. So we subsisted on PBJ sandwiches for four days while we waited for a replacement card to arrive via FedEx. We were worried there for a bit, but things worked out in the end and we celebrated with a hearty brick-oven fired pizza once we were able to access our account again.

What have you discovered about your partner that you would not have discovered had you not been traveling together for so long?

I (Marvin) didn’t realize how persuasive Josephine can be. I always tell her that if she ever had to go back to a 9-to-5, she could have a lucrative career in sales! She is really that good, and knows how to negotiate hard on practically any transaction. It’s a skill that really has fully manifested itself over these last few years that we’ve been on the road, and I am so lucky to have her by my side.

One of my favorite aspects of world travel is the connections that are formed with people I wouldn’t otherwise come into contact with. Can you describe one of the most powerful moments of connection to another human being you have felt during your travels?

This one’s a tough question, as we actually share an extremely powerful connection together as husband and wife. We’ve made the deepest connections with our friends here in Bangkok. We spent a lot of time with them as we had a common goal of developing our speaking abilities at Toastmasters. We are practically family with them, having seen each other go through milestones and personal growth and mastery over the past three years.

I know that you two have had the honor of speaking at high profile events, such as the World Domination Summit here in Portland. I also read that you have been included in a newly published book on travel hacking. What other speaking engagements or literary projects do you see in your future?

We have plans to do some workshops on budget travel in the near future, and right now I am mind-mapping an idea for a personal development book whose theme centers around letting go of the non-essential to find true happiness in life.

That’s a book that I can’t wait to read!  Thank you, Marvin and Jo, for being a part of this series, and for being such an inspiration to others.

Stay up to date with Marvin and Jo’s journey by following them on Instagram. Happy travels!

VOICES OF INSPIRATION: BIBI LE BLANC ON THE “BIG O” »