I am very excited to introduce a new monthly series as part of my blog. I am calling the series “Voices of Inspiration,” and I”ll be featuring someone that I have […]

I am very excited to introduce a new monthly series as part of my blog. I am calling the series “Voices of Inspiration,” and I”ll be featuring someone that I have personally found to be an inspiration, and who is doing admirable work in the world to inspire a rise in the consciousness of others.

The first person I’d like to feature is friend and fellow author, Michelle Gordon. I first met Michelle at the Conversations With God Spiritual Retreat in Medford, Oregon in 2013. Michelle introduced herself to the group as a writer of Spiritual Fiction. At the time, I had become disassociated with my childhood dream of being an author, and had drifted from my passion of writing. Hearing someone else proudly state this as her career path awakened something within me: envy. My subconscious demanded that I pay attention to that feeling. It led me to remember who I was born to be.

I have since gotten to know Michelle as not just an author and indie publishing extraordinaire, but as a beautiful human being. Her bubbly personality makes it hard to feel anything but joy in her presence, and she is always eager to share her experience and offer support as another soul on a journey to change the world through the written word.

You can learn more about Michelle at michellegordon.co.uk, and you can even download a free copy of her new book, I’m Here, as part of her wonderfully unique Book Tour. 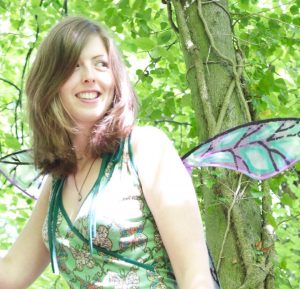 Rebecca Pillsbury:  Can you tell us a bit about what “spiritual fiction” is, and how you came to be a writer of this genre?

Michelle Gordon: Also called Visionary Fiction, Spiritual Fiction is basically stories about spiritual concepts and ideas. I have started writing a collection of books, which are all about life after death, parallel universes, healing, alternate dimensions and love. I also have a series which is about Earth Angels. It’s about how Angels, Faeries, Merpeople and Starpeople have come to earth to Awaken the world. None of my books are tied to any particular belief system or religion. They are based on real concepts and ideas, and many of the events and situations in the books have actually happened to me in real life. I have always written in this genre, as the majority of stories and poetry I have written have been channelled. When I get into the right ‘zone’ I can sit down at my laptop, with a vague concept or idea, and just start writing. At times, when the words are really flowing, I can write up to ten thousand words in a day. I usually find that the faster the words flow, the less mistakes there are. Of course, this means I have little control over the stories that I write, so I believe that the genre chose me, rather than the other way round.

RP: What were your favorite books growing up, and what have been the books most influential to your writing and spiritual journey?

MG: I loved Charlotte’s Web as a child, mainly because I wanted a pet pig! I was reading, I spent every lunchtime and break at school with my nose in a book, preferring the fictional worlds I read about to the real world I inhabited. In my spiritual journey, which only really kicked off in 2004, books by Louise Hay, Doreen Virtue, Neale Donald Walsch, James Redfield and Eckhart Tolle were the most influential. Once the world of spirituality and metaphysics opened up to me, I read as much as I possibly could about it all. The more I learned, the more I realised that the possibilities were endless, and I found that fascinating and exciting.

RP: Why did you decide to self-publish, and how has the publication of your books influenced both your personal and professional lives?

MG: When Print on Demand became popular in 2007, I decided to publish my novella – Heaven dot com, just because I wanted to see it in book form. At that point, it was the longest piece I had written, but I didn’t think I would be able to publish it any other way, because novellas weren’t very popular then. In 2009, when I wrote my first full length novel – The Earth Angel Training Academy, I thought that I would take the traditional route to publishing. In 2010, I wrote a few query letters to agents and publishers, but after several months and only a few replies – all rejections, obviously – I decided to look at self-publishing again. In 2011, I published my first novel, and I haven’t looked back. I now independently publish, which means that I have editors, proof readers and cover designers. I also run a business that helps fellow authors to publish independently too.

RP: What projects are you currently working on?

MG: I have just released my latest novel – I’m Here – and I am doing a mad book tour to promote it, which you can find out more about on the website – www.imherebooktour.com. I am really keen to get started on my next novel, but it’s set in Greece, so I may have to wait until I can get out there! I will be publishing a fun poetry book next, which I co-wrote with another poet. I hope to get that out by the end of the summer. 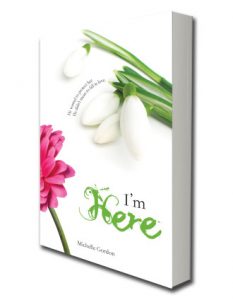 RP: What do you hope readers get out of your books?

MG: I hope that my readers feel like they are not alone. I’ve had many messages from readers who tell me that they felt a sense of recognition of the places and characters in my books. Some have made life-changing decisions after reading my stories, and others have finally come to realise who they really are and why they are here. I hope that my readers are also entertained by the stories (and especially by Aria, the mad Faerie) and that they provide some light when the darkness is threatening to take over.

« IN LOVE IN LONDON